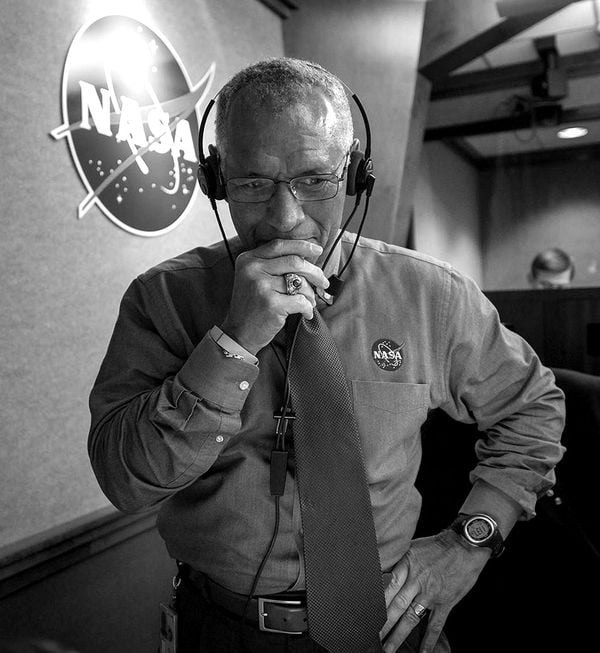 In 1960s America, racial segregation extended to the stars. Space itself was restricted, and for a black child growing up in South Carolina, dreams of space flight were grounded by the idea of that frontier as accessible only to white pilots. But for Charles F. Bolden—whose childhood fascinations eventually fueled an extraordinary career—the boundaries of racism were not enough to confine his ambition.

As a young Marine, Bolden received encouragement from Ron McNair (the second African American to journey into space) that inspired Bolden’s climb toward the cosmos. After being refused a nomination to the U.S. Naval Academy by South Carolina’s state representatives, Bolden’s letter to Vice President Lyndon B. Johnson led to a nomination from a Chicago congressman. The young pilot served as an aviator before becoming a NASA astronaut, and suddenly space went from impossible to tangible—a realm he would not only journey to, but one he could leave his mark on. As pilot and then commander on four momentous shuttle missions, Bolden created a legacy that would make him the first African American appointed administrator of NASA, and help him develop innovations such as the deep-space vessel, the Orion. A member of the U.S. Astronaut Hall of Fame and the National Aviation Hall of Fame, Bolden’s impact now extends from the near skies to the far reaches of outer space.