"I wanted to celebrate Charles Bolden as a man of change, a man of the universe and space exploration. I am super jealous of everyone that made it into space and has seen our planet, stars and moon through a different perspective, so I wanted to illustrate Charles Bolden in space through my own." —Bráulio Amado 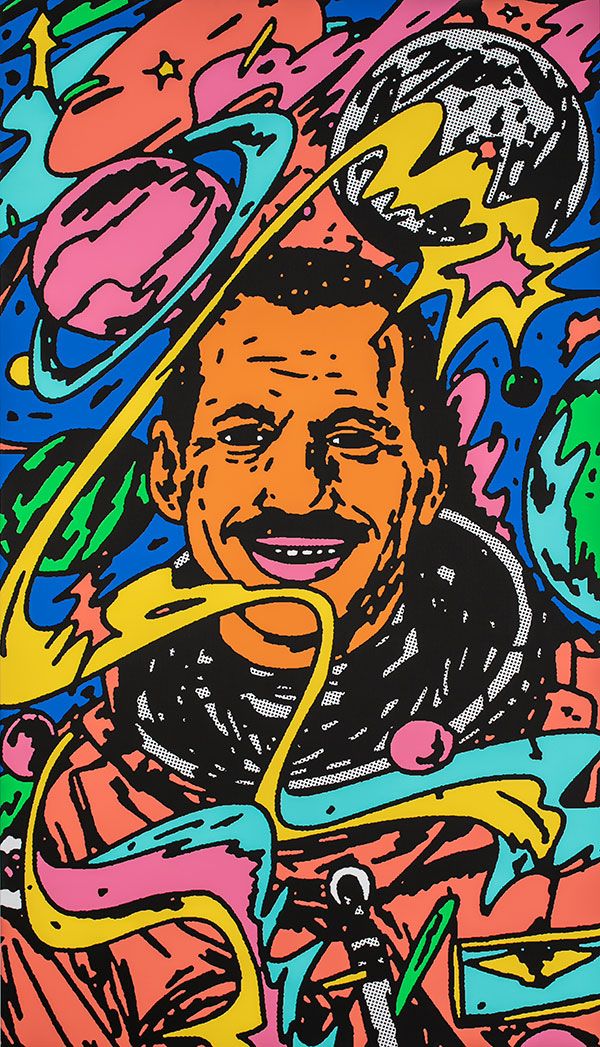 (b. 1987) A Portuguese, New York-based graphic designer and illustrator, Braulio Amado is known for his vibrant yet kinetic works of art. With the chaos and creativity of meshing colors, hand drawn or repetitive typography, and glitchy/warping image treatments, Amado has worked as a designer at Pentagram NYC and at Bloomberg Businessweek as an art director. Amado moved to Wieden+Kennedy, then established his own studio in 2017. Since 2018, he co-runs SSHH, a mutant art space, classroom, and store in the East Village of NYC. 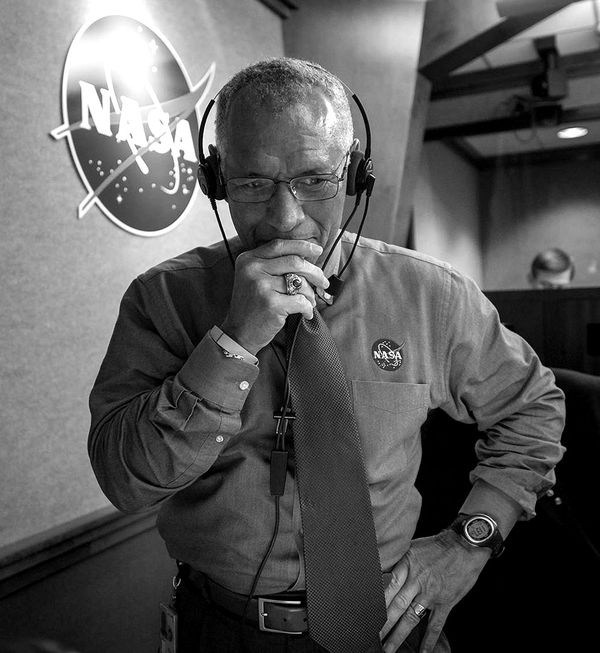