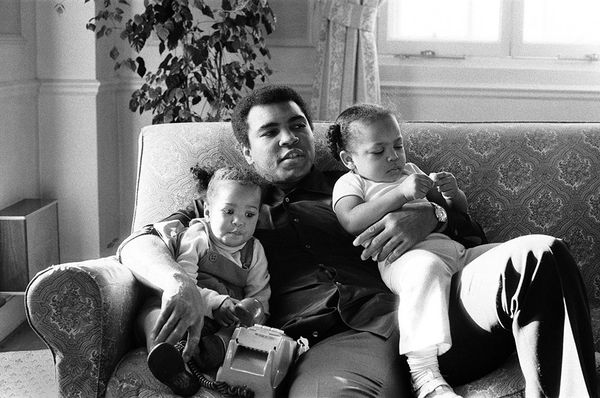 Strip a “Man of Change” to his core and what will you find? His faith.

The faith he holds in his God, his people, and himself. In 1967, when some of the world’s top black athletes gathered in Cleveland, it was to persuade Muhammad Ali to compromise his faith and accept an olive branch from the government after they’d stripped him of his boxing titles for refusing to be drafted into the military. Ali rejected the compromise. And, in a powerful act, the brotherhood of athletes decided to stand with Ali instead of leaving him to stand alone. Men like NFL great Jim Brown, Lew Alcindor (Kareem Abdul-Jabbar), and Bill Russell failed to convince Ali to drop his anti-war stance, but succeeded in discovering a common need to defend Ali’s right of religious freedom—in essence, to defend his freedom of faith. The Champ would eventually regain his titles in the ring and serve as a model of public activism and black triumph to every athlete who followed him. Following the Cleveland Summit Meeting, Bill Russell wrote in Sports Illustrated: “[Ali] has something very few people I know possess. He has an absolute and sincere faith.”